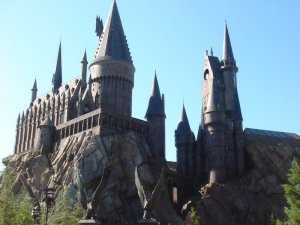 With a reputation for creativity in a city famous for bringing imagination to life, the Grunau Co. Orlando branch provides some of the most stylized fire suppression systems ever designed. The last two years were no exception as Grunau teamed with Universal Studios and Walt Disney World to build new theme park attractions.

Hired by general contractor Barton Malow, Grunau recently completed work on Fantasyland, a new area in Walt Disney World's Magic Kingdom. According to Disney, Fantasyland is the largest expansion in the history of Magic Kingdom, and opened in December 2012.

"We try to be innovative and think outside the box about all the different ways we can help the customer while providing the systems they need," said Josh Truebe, construction superintendent.

To minimize distraction from the graphic art scenes and provide proper clearance and coverage, Grunau installed piping systems and customized sprinkler heads with creative placement. For example, Grunau assembled a fire sprinkler system similar to a jigsaw puzzle for the "Be Our Guest" ballroom. Workers installed sprinkler heads with eight specialized colors to conceal the fire protection system within the ceiling's mural.

The Wizarding World of Harry Potter&trade;

Grunau surveyed the existing main structures - with rooms measuring up to 65 feet high - and planned how best to protect the facilities. Grunau worked around limited accessibility, an installed ride track, high-voltage and the building of graphic art scenes by a third-party contractor.

"All projects are normally intense because of the particulars involved, but this is the type of work that makes us competitive," said Vice President Mark Peters.

The specialized nature of theme park sites provides innumerable challenges for Grunau's designers in the creative stage and the workers on site. Construction sites at theme parks are usually difficult to access. The sites are kept from public view and often located near operating areas of the parks, which limit delivery schedules and working hours.

"We work best when we have a big challenge in front of us," Peters said. "The customers and general contractors know us for that."

Contact us today for more information about Grunau Company