Grunau Company has sponsored the Wisconsin Veterans Chamber of Commerce, the  membership-based business organization supporting veteran-owned and veteran-friendly businesses across Wisconsin. Grunau committed to the silver level of sponsorship.

“We are proud to sponsor the Wisconsin Veterans Chamber of Commerce,” said Grunau president Bill Ball. ” America is a great Nation; one whose freedoms and liberties are worth every ounce of sacrifice that has been called upon in her defense.  Brave men and women have answered that call time & again and will continue to answer that call. It is great to join an organization that does a lot of good thing for the veteran community here in Wisconsin.” 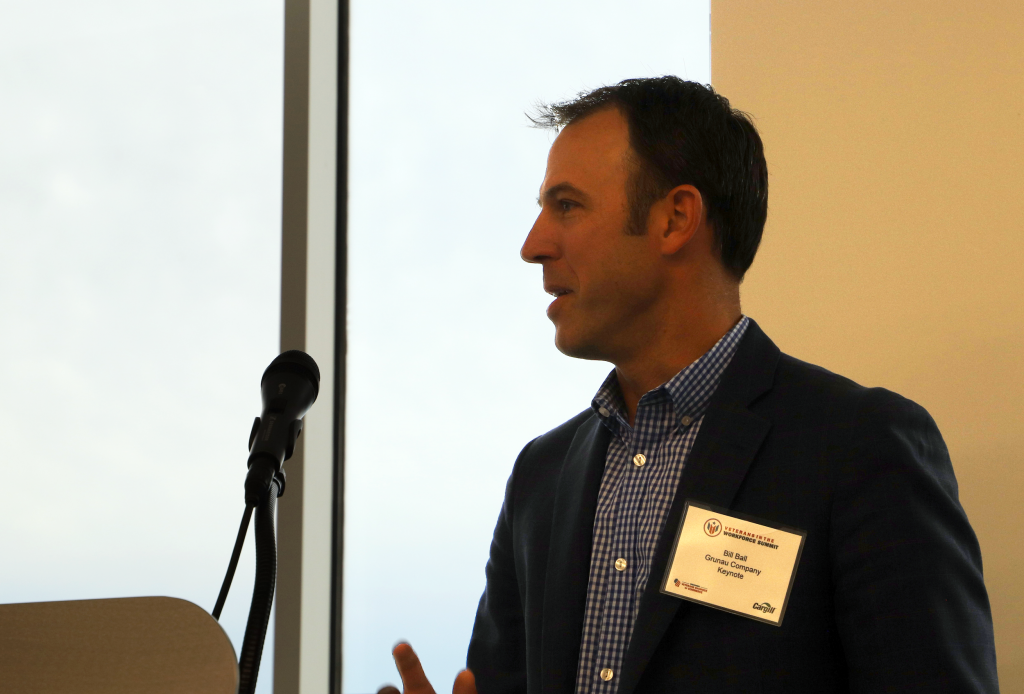 Grunau president Bill Ball as the keynote speaker at the WVCC Workforce Summit in 2019.

Grunau has received the Employer Support of the Guard and Reserve (ESGR) Patriot Award,  and Seven Seals Award.  Grunau also has received the Military Friendly Employer award, and participates in the APi Group Veteran’s Rotational Program (VRP).  Additionally, Grunau has donated to both the Veterans of Foreign Wars (VFW) and held donation drives for the Milwaukee Homeless Veterans Initiative and the American Legion. Grunau also participated in the Heat on for Vets program through the Milwaukee County Veterans Services. Through Steamfitters Local 601, Grunau helped provide free cleaning and inspections for veteran homeowners in Milwaukee and Waukesha counties. Grunau also received many

“Moving forward into 2020, we are looking at ways we can best serve our members, increase our impact, and expand our audience,” said Saul Newton, Executive Director of the Wisconsin Veterans Chamber of Commerce. “We will improve upon the more than two dozen different programs we offer to make them more valuable and impactful for our members.”

Grunau currently has over 40 veteran employees, who served in the United States Army, Navy, Marines, Air Force and National Guard. Collectively, APi Group has over 1,500 veterans.

Joining the Wisconsin Veterans Chamber of Commerce aligns with the company values, and will provide to Grunau a wide network of resources, experts, and partners committed to supporting veteran-owned businesses across Wisconsin.