Grunau Company is pleased to announce the opening of a new branch in Kenosha, Wisc. located at 4810 52nd Avenue. The branch opened on March 1, 2020­­. The Kenosha locati­­on marks the 5th branch office nationwide for Grunau Company celebrating its 100th anniversary in 2020.

“We are excited to expand our footprint into the city of Kenosha,” said Bill Ball, president of  Grunau Company. “As a community-focused mechanical contractor, we believe our values and 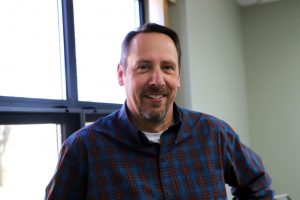 relationship-based business philosophy meet the personal and business needs of Kenosha. We look forward to supporting the flourishing commercial and industrial businesses, as well as the schools and college campuses in Kenosha and surrounding area.”

As a full-service mechanical contractor, Grunau Company will offer the Kenosha business community planned mechanical maintenance, upgrades, and emergency repairs. The branch will provide an extensive array of mechanical systems products and services, from design to installation and planned maintenance. Jim Vass, a 24-year Caledonia resident and active member of the community, has been named Branch Manager.

“Grunau invests in communities where our employees live and connect to personally and professionally,” said Ball. “Vass has 30 years of experience in mechanical systems, and roots within the cities of Caledonia and Kenosha. We’re confident he will uphold Grunau Company’s commitment to putting customers first and giving back to communities.”

Jim Vass was hired by Grunau in 2019 as Branch Manager of the Kenosha office. He was formerly the Director of Operations and Facilities at the Prairie School in Wind Point, Wisc. Vass was previously Director of Operations at Blankstein Enterprises and brings over 12 years of mechanical systems experience to the Grunau team. Vass is also a Member of the Project Management Institute Southeast Wisconsin Chapter and active member at Faithbridge Church.

©2022 Grunau Company, Inc All Rights Reserved.
Grunau Company is a subsidiary of APi Group
APi Group is a trademark of APi Group, Inc.
It is registered in the United States and in many other countries.