It all began 100 years ago with the opening of a plumbing business by Paul J. Grunau at 1307 S Kinnickinnic Ave in Milwaukee. Three years later in 1923, heating services were offered and by the end of that decade the fire protection department was started. 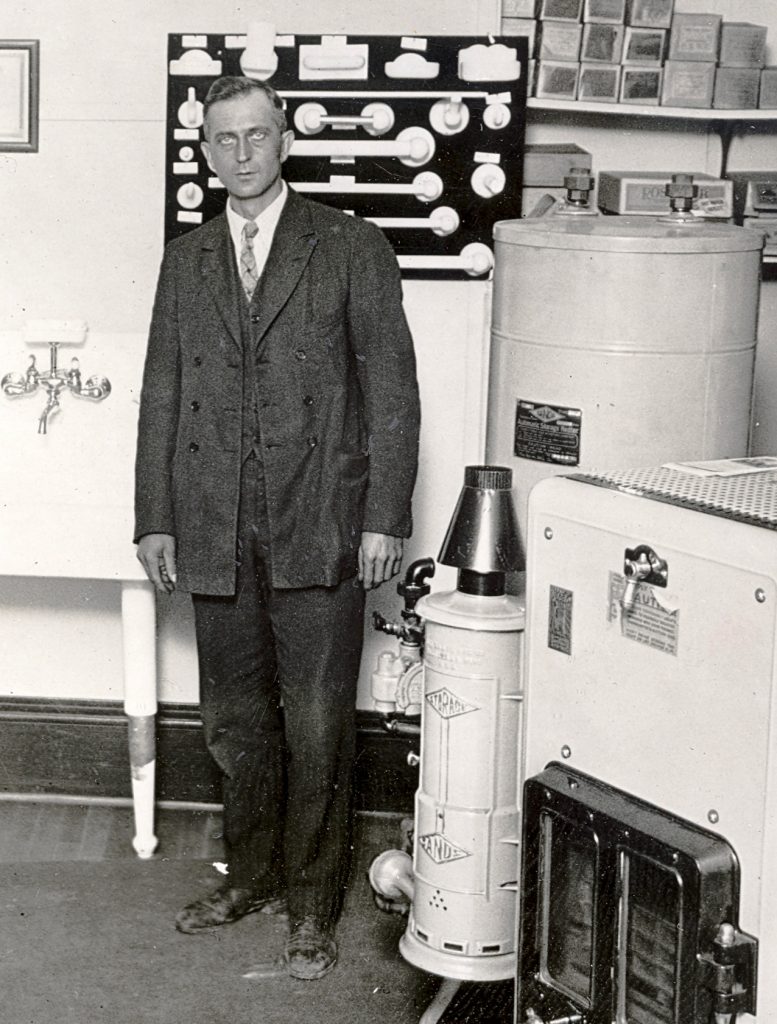 Paul J. Grunau founded Grunau Company in 1920 as a plumbing and repair services company. Grunau celebrates 100 years as a company in 2020.

Later, Paul E. Grunau started working at the company at 18 years old in 1929. Business grew on South Kinnickinnic. Paul E. Grunau married Lenore Anderson in 1935 and they lived upstairs from the office. Business took over the entire location, gradually the office expanded, and the company needed more space. In 1953, 20 acres were purchased at 307 W. Layton when larger offices were constructed.

In 1959, Paul E. Gruanu became president at the age of 48, and  Paul J. Grunau became chairman of the board. It was not until 1960 that the company opened the sheetmetal shop. The initial machinery investment was about $60,000, which at that time was thought to be ‘more than we’d need’. 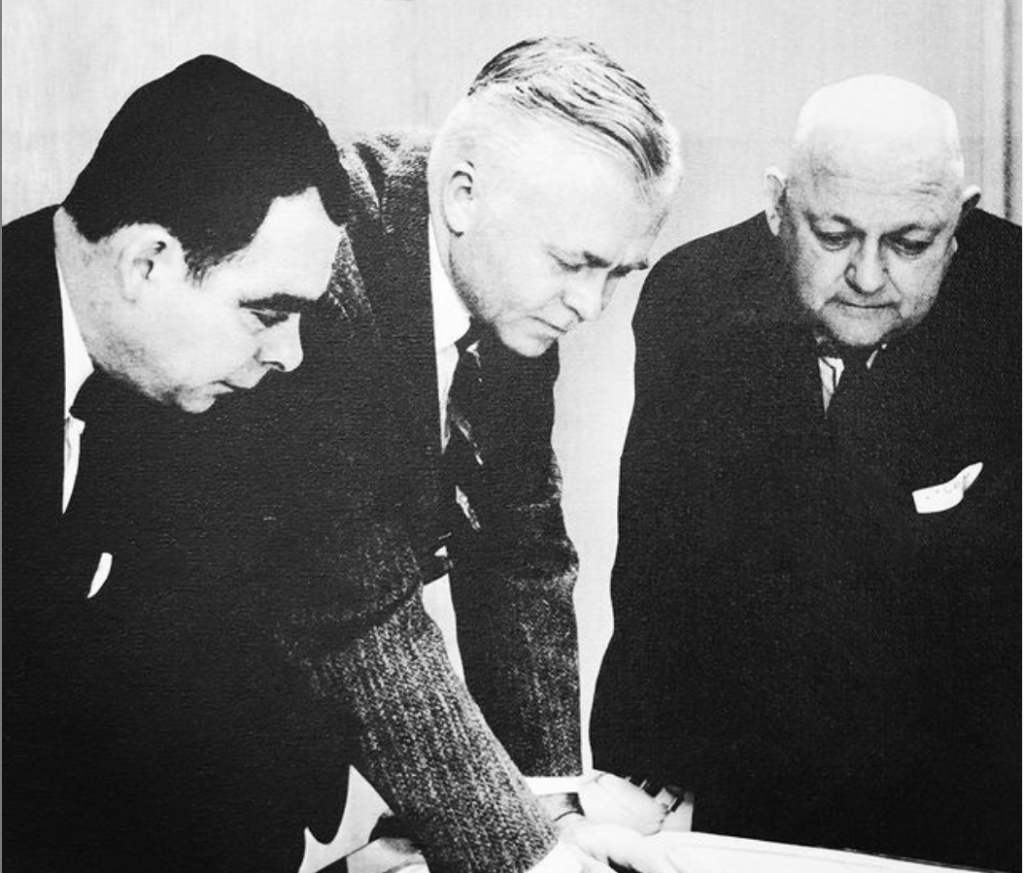 Former Grunau president Paul E. Grunau, center, talking over an installation problem with Morton E. Spence, left, of Rundle-Spence, and Leslie Smith. Grunau made an emergency repair to a cooling system in 14 hours and saved $100,000 in perishable foods circa 1950.

In 1962, Gary P. Grunau entered business after getting a Bachelor of Mechanical Engineering Degree at Cronell Univeristy. At that time, the company was doing $2 million/year in volume.

The office was moved to 307 W. Layton in 1964.  The company expanded that building four times, mostly to accommodate the sheet metal business. In the late 60s, the company was pushing the ‘package’ job concept, which was unusual for that time. A fire protection services branch opened in Indianapolis, IN in 1967.

A Cessna 402 was purchased; the first of a long line of planes. Gary Grunau was named secretary/treasurer in 1970. At that time the company’s volume was $15M/ year and was 42nd in the country. 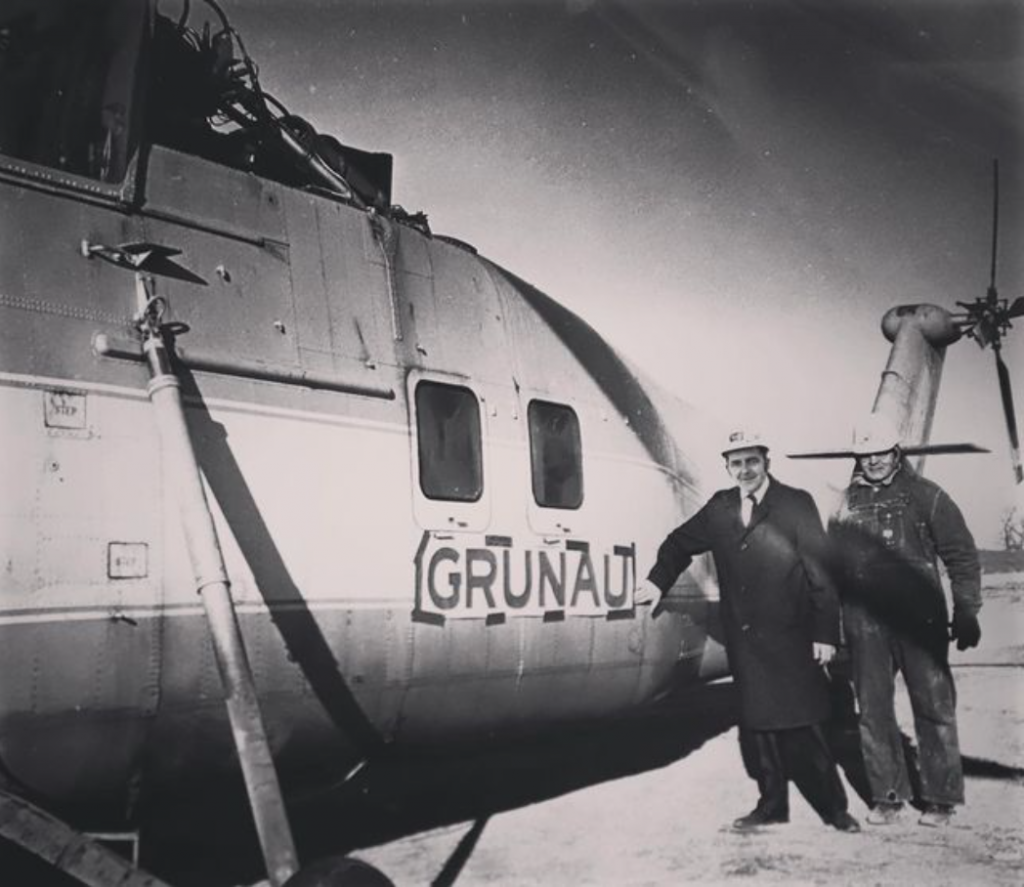 Employees frequently used to fly to job sites in the 1960s.

In 1970, the company celebrated the 50th anniversary at the Performing Arts Center in Milwaukee. 1971 saw the acquisition of Vogel Sprinkler Company in Norwhich, Connecticut. This sprinkler manufacturing company was moved to South Milwaukee on June 1, 1974.

In 1974, Gary P. Grunau was named President at the age of 35. During the 1970s, the volume of the company grew rapidly. Many offices and operations were started. In 1977, Grunau was the 5th largest contractor in the country. The company also added structural and specialty metals to its capabilities that year. In 1978 and 1979, the company was second in the nation doing $175M of construction per year and employing over 2,000 people. 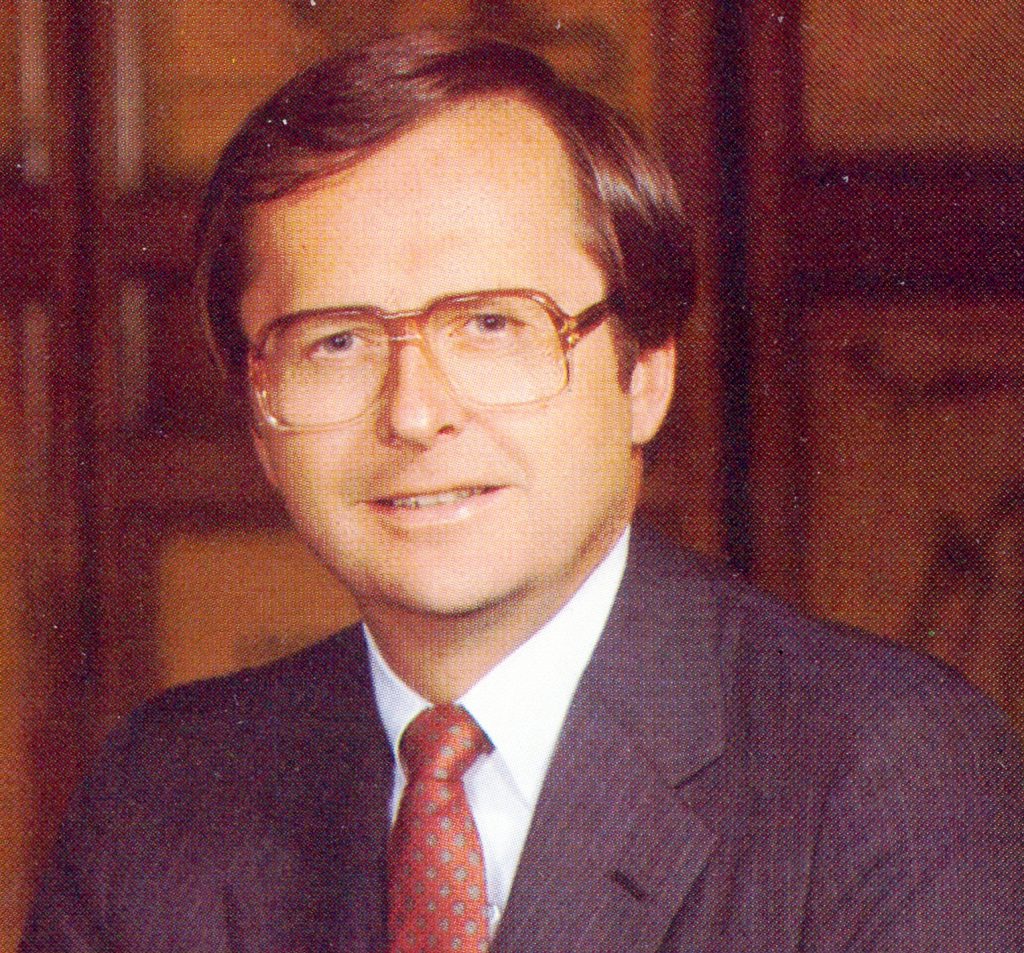 1980 saw an expansion of fire protection services to Pittsburgh, PA, and to Orlando, FL in 1982. By 1990, Paul W. Grunau joined the company marking the 4th generation of family leadership. There was even more fire protection expansion in 1994 with the opening of the Youngstown, OH branch.

Groundbreaking in 1996 occurred for the new office headquarters building, located in Oak Creek, WI. The early 2000s brought in a surge of innovation and technology, including becoming the first Wisconsin mechanical contractor to have LEED Accredited Professionals on staff in 2005. In 2006, Grunau was acquired by APi Group, a family of specialty contractors. Lawrence E. Loomis became the president in 2009. 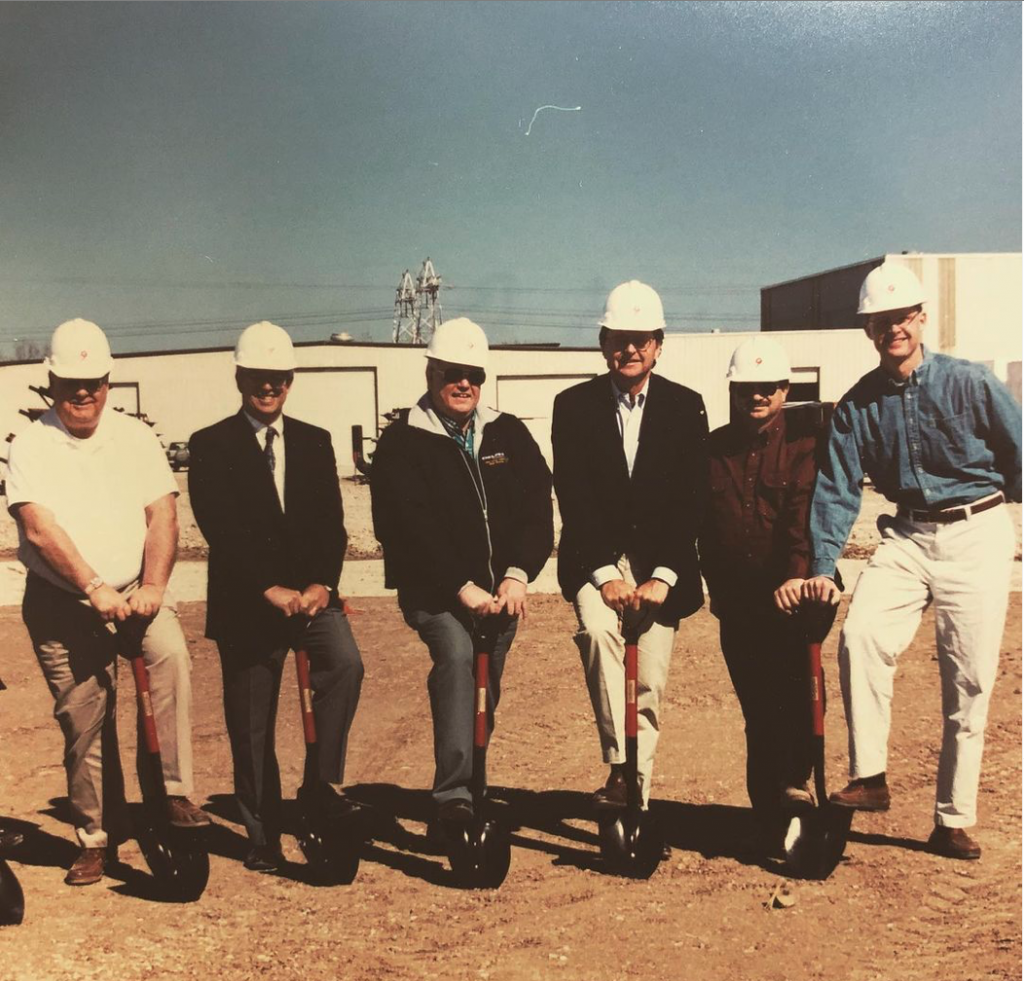 Employees broke ground for the new headquarters building in 1996 in Oak Creek, WI.

Bill Ball was named president in 2015 to lead Grunau Company into the future as Grunau marked its 95th year of being in business. The last few years have seen a surge in growth, including acquiring Flannery Fire Protection in 2019 and opening a new branch in Kenosha, WI in 2020.

The company has seen unimaginable growth and opportunities in the last 100 years, and seeks to continue on that trajectory in the future.  Here’s to 100 more!